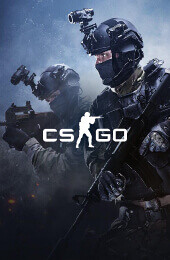 Heists & robberies are the main source of income for criminals. There are total 2 places to rob and 8 places to start a heist. 2 locations that are able to be robbed are:Gas Station 1, Donut Shop. The 8 locations that the player can start a heist at are: Bank, Jewelry Store, Cargo Train, Museum, Passenger Train, Power Plant, Cargo Plane, Cargo Ship. One of the most important tips for heists we can give you - get a JetPack. It will help you in all of your criminal activities, and will allow you to avoid traps. Let’s look at some heists. The Power Plant is one of the heist locations in Jailbreak. First added in the Map Expansion Update as a hollow building, referred then to as the Factory by the Jailbreak community, it was later remodeled and became a robbery location in the Jet Ski & Power Plant Robbery Update. The Power Plant has been identified as one of the more fast-paced and exciting heists in Jailbreak. The robbery has multiple stages, forcing criminals to be interactive like the Museum or Jewelry Store: it is not a robbery where players can simply stand in one spot to collect cash (an example of such being the Bank). The Cargo Ship (also known as the Cargo Boat) is one of the robberies in Jailbreak. Added on June 6th, 2020, it is currently the latest robbery in-game. On the ship are two missile launchers, one on the tower and one on the end of the bow. Missiles will fire at helicopters, while players have to grab the crates using a helicopter rope and keep in contact with the crate for 1.3 - 2 seconds before grabbing it. Players must perform these actions while the ship is moving. These crates can be dropped off at a warehouse near the Cargo Port, if players jump inside the warehouse, however, they will take damage and die. Crates that are dropped into the waters will disappear. Criminals can rob the Cargo Ship twice. The Cargo Plane is a heist location in Jailbreak released on December 6th, 2019 as part of the 2019 Winter Update, alongside the Tesla Roadster, winter map, and skydiving. The Cargo Plane can be found landing at the Airport after the police have called one in. Alternatively, the Cargo Plane naturally spawns around 7 minutes after despawning. It appears when there are 7 cargo crates on the big X on the side of the runway. When the plane lands on the big runway at the Airport, it will open its rear door for about twenty seconds and load crates inside its cargo bay. After all cargo crates are loaded, the rear door closes to prepare for takeoff. It will take off quite slowly, not even reaching the speed of the Camaro. The Cargo Plane will then fly around the map for about half a minute, eventually flying out of bounds near the Town. Upon takeoff, the plane slowly leaves the Airport, gaining altitude slowly for the first twenty seconds, and then enters a steep climb. When passing the Power Plant, it curves to the northeast as it passes the Museum parking lot. The plane then curves northwest and passes near Gun Shop Around this point, it reaches a height that is unreachable by any aerial vehicle in Jailbreak (except for the Jet and Stunt). Following that the plane runs roughly parallel to the highway until reaching the road that leads to the Town, following the road until reaching Gun Shop 1, where it flies out of bounds. The Jewelry Store is the second-oldest heist location in Jailbreak, present since the Jewelry Store Update of June 4th, 2017, where it was added alongside the Bugatti Veyron, which is now replaced by the Chiron. The only heist location before it was the Bank. It is a tall dark-blue building that can be found in the City near the City Criminal Base, consists of six floors filled with valuable objects and deadly obstacles. Criminals will break open jewelry boxes and grab some small gems( each broken box rewards 500 cash, and there are also giant gems scattered around the levels to add to their monetary value, all the while avoiding lasers and cameras. If they make it out of the Jewelry Store alive, they will then need to exchange the jewels at a Criminal Base to receive their cash reward. Unlike the bank, the Jewelry Store does not require a Keycard to enter. However, compared to other robbery locations, its sheer amount of obstacles makes the Jewelry Store one of the hardest heists in-game.

Heists in JailBreak are the primary way of getting money for criminals. Let's look at some useful tips for them. Most important tip - buy JetPack, it will help a lot. Now let's begin with power plant robbery. The Power Plant has been identified as one of the more fast-paced and exciting heists in Jailbreak. At the entrance you will find an electric box with a puzzle game that you need to complete in order to get inside. Puzzle game is not very hard and require you to connect numbers. When you finish the puzzle the door will open for a few seconds. Go in inside and evade deadly lasers. Go to the computer terminal and interact with it. You will see the familiar puzzle, but it will be harder. Start connecting all numbers, but leave the last part unfinished and do not close it. Start moving towards the exit. Don't forget to avoid lasers. Once you are close to the door, finish the puzzle and the door will be open. Move fast to the collector because the uranium rod you stole loses its value quickly. Next robbery is a cargo ship. You are going to need a helicopter for it. Fly near the ship and deploy rope. Dodge incoming missiles and try to get the cargo crate with a rope, it only takes about 2 seconds to get the crate. When you get it, fly away from the ship and go to the cargo bay to sell crates. Cargo plane robbery begins on the airstrip not far from cargo bay. Wait for the plane to open its door and go inside, the door will be open for a few seconds only so hurry up. Once you are inside wait until the plane is in the air and start searching crates that are inside. One of them will contain a keycard that is crucial for this mission, without it you will not be able to escape. When you find it, open the door and jump, and go to the cargo bay to sell your goods. Last robbery is the Jewellery Store. It's filled with traps and lasers so our best advice for you - get a jetpack, with it this robbery will be easy like candy from a baby. Get your diamonds, avoid lasers and escape using a roof.